SA Rugby confirmed on Wednesday that the Springboks will face Scotland and Georgia in three home Tests in the new international window of July 2020, as part of the Castle Lager Incoming Series match schedule. 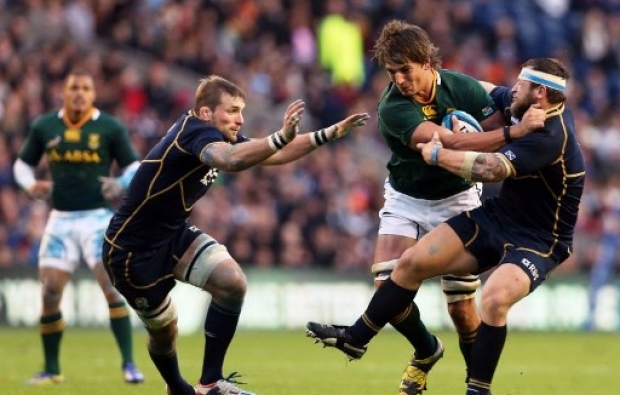 The newly-crowned Rugby World Cup champions are scheduled to play two Tests against Scotland, on 4 and 11 July, before hosting Georgia in a historical first home Test, on Saturday, 18 July.

It will be the Scots’ first visit to South Africa since June 2014, when the Boks beat them by 55-6 in Port Elizabeth.

Handre Pollard was one of five players who made his Test debut that day and he rounded off a fine performance by kicking five conversions and a penalty goal.

The last time the Boks met Scotland, was in November 2018, when the South Africans won 26-20 in Edinburgh, with Pollard again a thorn in the flesh of the Scots, scoring 18 points through a try, two conversions and three penalty goals.

The Springboks and Georgia have only met once before, in a pool match at the Rugby World Cup in 2003 in Sydney, when SA won 46-19, scoring seven tries in the process.

Former Springbok captain and SA Rugby Player of the Year, Schalk Burger, made his Test debut and scored his first try in green and gold on that day at Aussie Stadium.

SA Rugby will confirm the venues and kick-off times of the three matches at a later stage.